DANISH EXPLORERS OF THE ARCTIC

Excerpted from: above brochure from the Jens Munk Committee, Winnipeg
​
The small cozy Kingdom of Denmark with islands, peninsulas, straits, fjords, bridges and ferries fostered a host of adventurous people who impacted the world with their discoveries. The years 2019-2020 mark the 400 year anniversary of Jens Munk's epic journey that brought him to "Munkehavn"" today's Churchill, Manitoba.
​
Denmark is densely populated and no town is further than 50 km away from the open sea
​
For thousands of years the Danish people have used the surrounding water as an extension of their small country and as a resource for their livelihood. Famously they crafted the Viking ships that allowed them to reach the far corners of Europe and even reach other continents. In the 16th-17th century, Denmark's naval fleet was among the largest in Europe. Today the Danish commercial shipping industry is thriving and of high importance to the Danish economy.

A nautical curiosity and an adventurous spirit have become part of the national character. Danes have found ways to get involved on the world stage in the areas of environment, innovation, and lately "hygge" the Danish word for being in tune with yourself, the people around you, and the present situation. 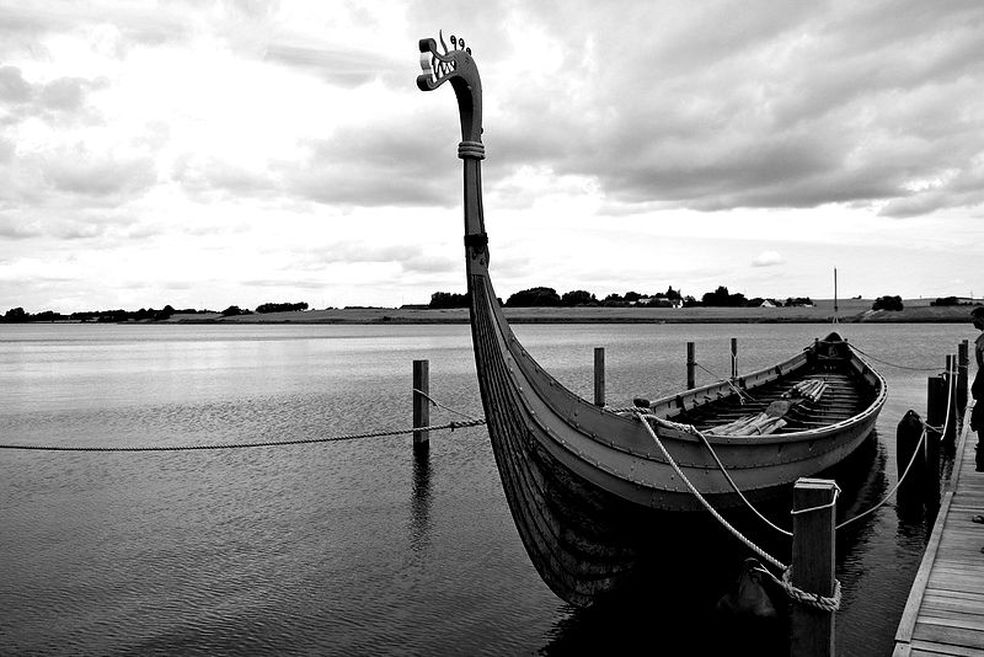 ​The Danes: The True Vikings?

Due to our general ignorance of the political and cultural structure of early Swedish and Norwegian society, it may be said that the real difference between the three groups is how much we know about them, especially early on.
​
Archaeologically speaking, the three groups were very similar if not the same, and there existed a distinct shared culture, as evidenced by ship burials and colonies in all three regions, which stood apart from their neighbours (ie, Saxons, Slavs, etc).

By that account, the Danes, as evidenced by the texts we have about them, are far and above the most familiar to us, and tend to drive our conception of what it was to be a Viking. From there, we can say that the Norwegians participated in Ireland and France, and made the great leap across the pond to Iceland, Greenland and the Americas, but culturally and politically, much of what we think we know about them is derived from our familiarity with the Danes.
​
Likewise, much of what we think we know about the Swedes is a derivation of what we know about the Danes. Further reinforcing this notion is the idea that a more substantial number of the most exceptional Vikings of the day were Danish ( there were, of course, great Vikings from Norway and Sweden as well). Therefore, dare I say, the Danes were the actual embodiment of what we refer to today as "Vikings".
Here is a link to videos about Danish stuff on youtube.
Scandinavian Videos on Youtube 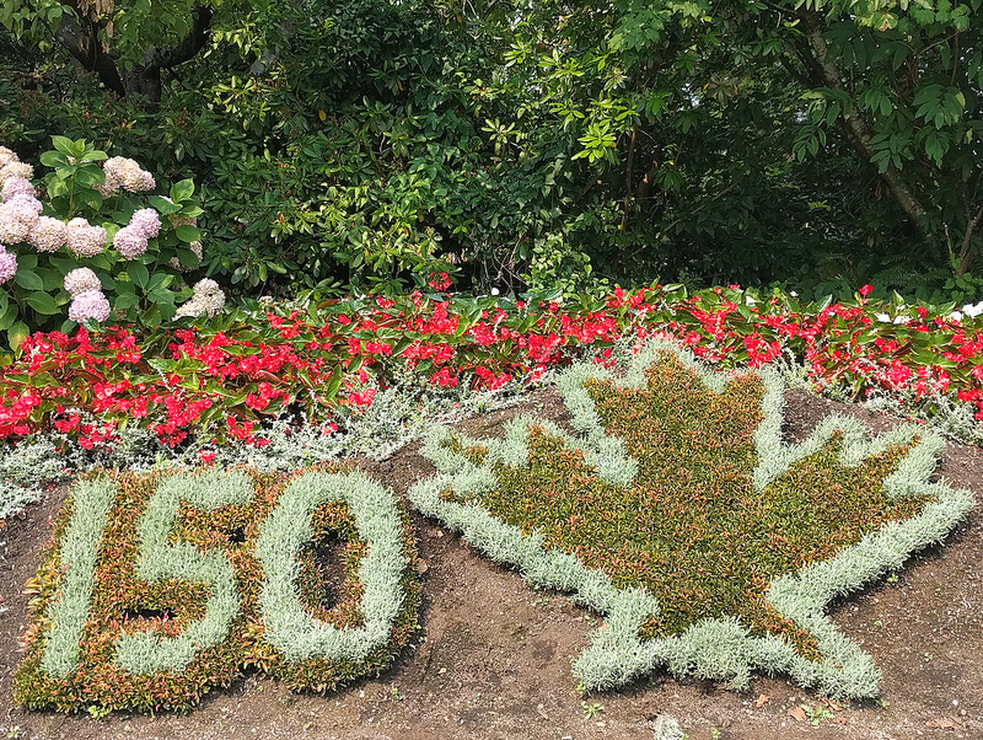 ​More Danes immigrated to Canada in 1957, than in any other year

In most Post-World War II years, less than 2,000 Danes immigrated to
Canada per year, and 1968 was the last year with over 1,000 Danes
coming to Canada. In 1984 immigration from Denmark dropped to less
than 100 persons per year, a trend which has continued.

In 1949 Canada opened it doors to immigration from Denmark, and there
were few hindrances for Danes to make the move. At the same time, that
is, after the War, Danes were also immigrating to the United States
and Australia, as well as other countries. The United States had a
quota system for immigrants. A few Danes tried to bypass the U.S.
quota, and successfully used Canada as a stepping stone to the United
States.

Some Danish immigrants to Canada claimed they came here for adventure
or to try something new and different. Indeed, a fair number of Danish
immigrants, who had come to Canada in the 1950s, did return to
Denmark. But some of these actually came back to Canada again!

In the 1920s Danish immigrants came to Canada by ship. They could
board the SS Frederik VIII, the SS Hellig Olav, the SS Oscar II or the
SS United States in Copenhagen and sail directly to Halifax. These
ships were operated by the Scandinavian America Line, which was owned
by DFDS of Copenhagen. Due to the Great Depression, the Scandinavian
America Line was disbanded in 1935, and all four ships were scrapped.

After the Second World War, Danish immigrants could sail from
Scandinavia, including Copenhagen, with the Swedish American Line or
the Norwegian America Line, which both called at Halifax. Another
possibility was the Polish liner MS Batory, which sailed to Montreal ?
and Halifax in winter.

1971 is often referred to as the year in which more immigrants came to
Canada by air, than by sea. This fact is readily seen when looking at
the fate of the shipping companies. The Hamburg America Line ceased
operations on the North Atlantic run in 1969, followed by the
Norwegian America Line in 1971. Then the Holland America Line stopped,
while the Swedish American Line continued service until 1975. The MS
Batory was taken out of service in 1969, but was replaced by the TSS
Stefan Batory, which made its last North Atlantic run in 1990.
The Danes who came to Canada by ship can tell both wonderful and
terrifying stories about the voyage, due to the storms, hurricanes and
seasickness, as well as the bountiful food, great parties and live
entertainment on board. For all of them it was the experience of a
life time.

Many also remember their arrival at Pier 21 in Halifax, being
processed through Immigration and then boarding the trains for
Montreal, Toronto, Winnipeg and points further West. The canteen at
Pier 21 also had a ?Special?, a cardboard box containing the
essentials for a long train journey, costing two dollars. Many will
readily tell others of the terrible conditions on the trains, wooden
seats and little or no service, in addition to the desolate landscape
looking out the window.

But the Danish immigrants came determined to carve out a better life
in a new land which promised opportunity, freedom and security. Some
of the Danish immigrants were farmers, including dairymen and
gardeners, others were labourers, tradesmen, skilled workers and
technicians, businessmen and even professionals.

We know that Danish farmers and farm hands generally came to Canada to
acquire their own farm. But all Danish immigrants had one thing in
common, they sought a brighter future, and the Canadian economy was
booming. This was not the case in Denmark. The Danish economy did not
recover after the War until 1957-58. Denmark had a trade deficit and
had to deal with balance of payment problems. Denmark had no gold or
foreign currency reserves to speak of, and had difficulty borrowing
abroad. There were restrictions on foreign trade and the Krone was not
convertible. Immigrants could only take the equivalent of $100 out of
the country.

For decades Denmark continued to have a severe housing shortage. There
was persistent and widespread unemployment. In March and April 1956,
there were major strikes and lock-outs. The Danish workers demanded
that the work week be reduced from 48 hours to 44 hours. There were
demonstrations in front of the Parliament Buildings, organized by the
Communist Party, which was growing in strength (until the events in
Hungary later that year).

In the fall of 1956, the world experienced the Suez Crisis, and oil
and gas was rationed in Denmark. As well, the Hungarian Uprising that
fall, brought the brutality of the Soviet Union directly into Danish
homes through the newly acquired TV sets. The Nazi Occupation of
Denmark was still fresh in the mind of Danes, and events in Hungary
were too close for many Danes. Surely a safer future lay across the
ocean.

In 1957, Canada welcomed 37,000 Hungarian refugees. Unlike the Danes,
they could not go back home. The Canadian government streamlined the
immigration process for Hungarians, covered much of their travel costs
and supported them during their first year in Canada. In time, they
too became an asset for Canada.

The Danes were economic immigrants. They were on their own, but
prepared to work. They wanted to get ahead and contribute. For the
Danes, there have been many accomplishments, but also hardships. In
general, however, they have done well, made their old country proud,
and have succeeded in realizing their grandest pursuits and wildest
dreams. This is clearly seen in the Danish immigrant Class of 1957!
- Rolf Buschardt Christensen
This article was written by Rolf Buschardt Christensen, president of the Federation of Danish Associations in Canada​​

We are proud of our heritage... 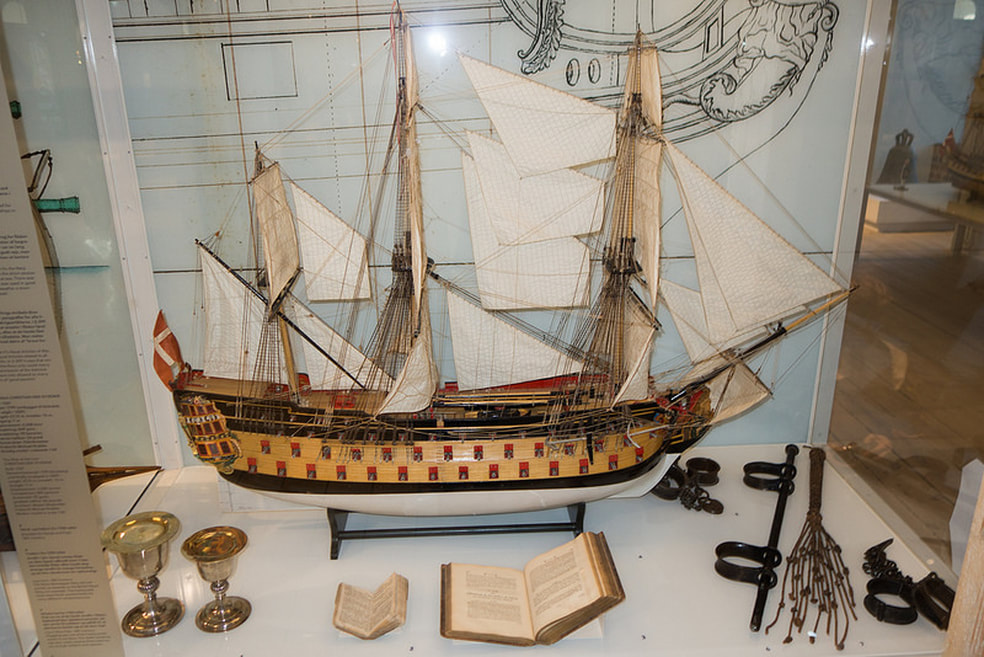 ​The Danes in Canada

There are about 90,000 people of Danish origin in Canada. They are found in all walks of life, and in all of Canada's ten provinces and two territories. However, they are mainly concentrated in Ontario, Alberta and British Columbia.

There have been three major waves of Danish immigration to Canada:

New Denmark, the oldest Danish settlement in Canada, was founded in New Brunswick in 1872. Situated southeast of Grand Falls, New Denmark is an agricultural area, well-known for its potatoes.

In 1893, some forty butchers and sausage makers settled in London, Ontario. And in 1897, a group of Danes started a Danish colony at Cape Scott on Vancouver Island.

The Danes have formed social clubs, built churches and published newspapers. And Danes have made significant contributions to Canada in many fields, particularly the dairy industry, nurseries, the cooperative movement and gymnastics. And Danes were among the first to build homes for senior citizens.